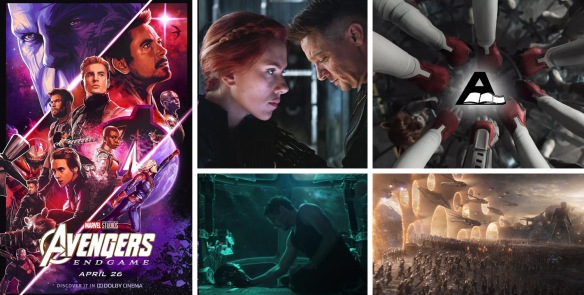 This episode was stolen from the time stream and Cap just returned it. Ridiculous. We weren’t supposed to notice it was even missing, but what can you do.

Anyway, this episode contains our discussion of Avengers: Endgame (2019), the character arcs and endings, and the fan service.

END_OF_DOCUMENT_TOKEN_TO_BE_REPLACED

The Adaptation hosts talk about what worked about turning Jumanji into a videogame, their headcanons on how it evolves, and how the characters worked in and out of the game world.

END_OF_DOCUMENT_TOKEN_TO_BE_REPLACED 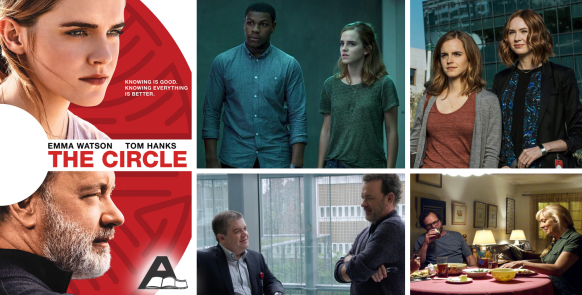 The Circle (2017) was full of potential and beloved actors, but that’s not quite enough for our hosts. Not that they loved the source material all that much either…

END_OF_DOCUMENT_TOKEN_TO_BE_REPLACED

Adaptation talks Guardians of the Galaxy Vol. 2 (2017), the full characters, the thin plot and all of the daddy issues, 70s Kurt Russell and I AM GROOTs in between.

Question(s) of the Week: What did you think of the balance between plotlines?

Listen to our episode on the first Guardians of the Galaxy here.

END_OF_DOCUMENT_TOKEN_TO_BE_REPLACED

As we pass the quarter season mark, it seems it is that time of year when networks “trim the fat” of their weekly line-up and begin to cancel shows. The first to go are generally the half-hour comedies that aren’t making the grade. This year Selfie is on the chopping block. It was new to television this season and was created by Emily Kapnek, who also created Suburgatory.

This delightful show, staring Karen Gillan, most known for playing Amy (Amelia) Pond on Doctor Who, and John Cho, known for many things but especially as Harold from Harold and Kumar go to White Castle and more recently as Andy Brooks in Sleepy Hollow, is a new and neat take on the Pygmalion/My Fair Lady story.

Gillan plays Eliza Dooley, a top sales rep at a pharmaceutical firm, whose obsession with social media, lack of real interpersonal skills, and questionable professional attire make her unpopular with other staff. Cho plays Henry Higgs, an executive at the same firm, with a flare for being a stodgy workaholic. The two, as in the original story, are a mismatched pair, but unlike the original it is Eliza that initiates the path to transformation.

After an embarrassing misread of signals from a co-worker leads her to make a strong pass at him, a married man, she finds herself airsick and makes a mess of herself when the barf bags break on her. After this, Eliza becomes aware that she has no real friends, only followers. The next day, Henry is being praised at a meeting for re-imagining and re-branding one of the company’s products. Eliza figures that he might be able to do the same for her, and goes to him for help. Strangely and sadly, that only lasts an episode, he continues to help her, but she is back to her old tricks. I guess old habits do die hard, and good thing; they wouldn’t have a show without it!

In this day and age, good etiquette and being proper are not held with the same weight as they were years ago, when “polite society” was something to aspire to rather than just a term used when scolding someone’s who burps or farts in public or at the dinner table, elbows on it and all. I don’t, by any means, want to glorify a class society, where people need to “know their place”, but am only referring to it as the setting and general whole to the original story. By taking that away, it changes the way the characters seem, act, and fit together.

Where the original story takes a well respected man of society, Henry Higgins, and has him take on a wager that he can turn a lower class, cockney, Eliza Doolittle, into a proper lady, this new one takes a similar route, but borders on turning the story on its head, by making us and Henry understand that it might be him that needs a radical change. That is not to say that Eliza is without her own faults. She is still classless, but more to today’s standards: vapid, self-obsessed, almost totally annoying in my opinion, and a slave to what she thinks her followers want (as Henry said, “It’s not an outfit of the day, it is just an outfit” and “don’t tweet it, eat it” to Eliza as she snaps a selfie with her fancy macaroon).

She also wears, as I said, questionable work attire, which although her clothes are not super revealing, they are provocative. I do not stand to shame her on this, most of her clothes have a great style to them, but I do not appreciate that she wears them just to get the attention of lonely doctors, hence top sales rep, and even male coworkers, propagating the continuation of sexism. It irks me a bit… actually, it irks me a lot.

Still, to see the two of them try to balance each other out is an adorable display each week, with Eliza and Henry giving each other a goal to reach, i.e. Henry should not work for the entire weekend and Eliza should do a good deed just for the sake of doing a good deed. Although their relationship seemed to be hitting a climax earlier than expected, it might have come at a good time. It’s a nice giddy jolt to give to the few fans the show has  and might bring in some more.

In last week’s episode (#5 Even Hell Has Two Bars), Henry and Eliza find themselves at the boss’s ranch, where after a string of disappointments for Henry, he realizes that Eliza really is his better half, and brings out a more human, less robotic, persona in him. Eliza is dazzled when Henry rides to her on a majestic white horse to apologize. He claims that he chose the least majestic horse and did not mean it as a romantic gesture, before pulling the famous line “I’ve grown accustomed to [your] face.” This again colors Henry’s character new shades of socially inept and emotionally stunted. The line was said directly to Eliza, instead of to himself in the privacy of his own home, which led her to reply with a quizzical “thanks?”, leaving a bit of awkwardness that we have come to know and love with these two. The kicker is that she tweets a selfie she took with Henry and the horse, saying it got no likes and she would delete it, but she doesn’t and Henry likes/favorites it. It was a nice “awww” moment.

For some reason, they aired two episodes last week, and in the next one their sexual tension is back to its regular level, so it might not be that they went too far too fast with the pacing of the series, but it left me wondering, if for any reason this does not actually get cancelled, where would they go from here?

I say all that because despite many websites saying that Selfie is in fact cancelled, the real news that I have read merely states that the network will not be ordering more than the original 13 episodes for this season. I have read elsewhere that this can be a sign that the show will be cancelled, but some first seasons really are only 13 episodes. This also happened to shows like  A to Z, but it has not been officially cancelled. The fact that they aired two episodes last week is not a good sign, but this week’s episode aired as normal, and we shall see what happens to the rest. It might mean that the network will give this show a second chance. It’s not unheard of to “un-cancel” shows.

I hate to say it, but I have become a loyal follower of Eliza and would like to see where they could go with this show. This, of course, includes the unsung heroes of the show like Charmonique the receptionist and her son, who are amazing actors and characters and have livened up and rounded out the premise of the show. And I can’t forget Larry, an awkward lab guy that seems to constantly latch onto Henry, and Bryn, Eliza’s neighbor and the only real normal person in the show, giving Eliza something to aspire to. The side characters really take the pressure off the main story of Eliza and Henry and add a bit more comedy, as well as give Eliza reason to not be so damn annoying. The show has gone over the top at times, but we live in a crazy world filled with crazy characters, so I like it. If it does officially get cancelled, I will be very sorry to see it go, as will many of my friends, but I cannot say that I didn’t see it coming, in fact I called it after the pilot.

Tell us what you think of the show and its characters. Are you glad to see it go? If you wish it to not be cancelled, what plea would you make to the network? 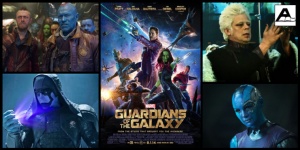 Dorin and Kendyl sit down to talk about the film that has dominated this summer! It’s been a while since Marvel has introduced new misfits into it’s film universe and Guardians of the Galaxy has certainly held up to the hype. The only question is where are we going from here?

For a similar discussions, check out our episodes on Game of Thrones season 4, The Amazing Spider-Man 2, X-Men: Days of Future Past, and Captain America 2: The Winter Soldier.