Like the rest of the world, the hosts loved Deadpool (2016). Listen to them go over the good, the bad (there’s always something) and what Hollywood should but probably won’t take from this.

END_OF_DOCUMENT_TOKEN_TO_BE_REPLACED

Watch, mock, and complain about X-Men Origins: Wolverine (2009) with us.

END_OF_DOCUMENT_TOKEN_TO_BE_REPLACED

In which Jess speeds through our list of superhero adaptations that our hosts found lacking in…everything.

In which Jessica gives you a list of the best versions of our favorite superheroes, with a little help from our friends. 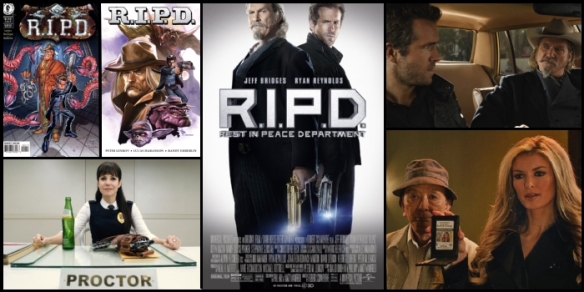 Dorin has her work cut out for her defending her honey, Jeff Bridges, in Robert Schwentke’s film R.I.P.D., based on the Dark Horse comic, as the other three hosts just didn’t get it.

For similar adaptations, check out our episodes on Kick-Ass 2, The Lone Ranger, Hansel and Gretel: Witch Hunters, and Total Recall.

END_OF_DOCUMENT_TOKEN_TO_BE_REPLACED

I am not sure how many of you remember the movie Highlander, which premiered in 1986, starring Christopher Lambert as Connor MacLeod, an immortal Scottish highlander. Throughout the film Lambert is trying to stay alive while waiting for the Gathering, when all of these immortal men will gather in one place to fight to the death, until only one remains. Remember those last words; you hear them so much it hurts in the film. A whole bunch of stuff happens, bad acting, horrible battle scenes, awful effects…do you see where I am going with this? To top it all off this film had three sequels and spawned one of the cheesiest TV series that were so bad they were amazing! Christopher Lambert was just as sexy then, as a ruggedly good looking highland warrior, as he is today.