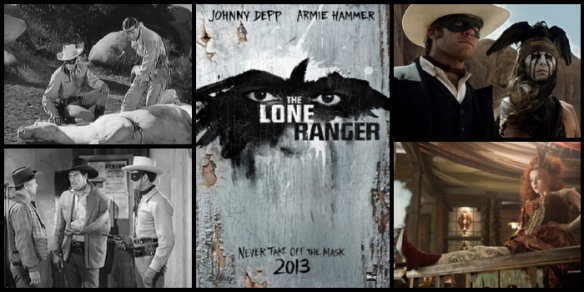 Armed with background knowledge on the 1949 television series, Dorin, Kendyl and Ryan discuss Gore Verbinski’s screen adaptation of The Lone Ranger. From controversial casting to an excess of explosions, the hosts can’t really decide what to think about the film, but they have a good time trying to figure it out!

For more adaptations of television shows, check out our episodes on Star Trek, Once Upon a Time, Dark Shadows, and Avatar: The Last Airbender.

Tumblr: mossomness wrote, ‘I just listened to your Much Ado podcast, it was great, and I agree that it deserves two enthusiastic thumbs up! Two things: 1. In Joss’ version, Borachio was in love with Hero (Joss said so in an interview). 2. In my opinion, Benedick and Beatrice wouldn’t admit their love at the end because they were in front of everyone and they were too proud; not necessarily because they thought the other had changed their mind. (Fun side note: Amy and Alexis played these parts at Joss’ house years before.)’

Blog: Katie Lattey commented on Les Miserables, Much Ado About Nothing, and Man of Steel

–Johnny Depp as Tonto: Is The Lone Ranger Racist? on TIME

Next episode: #58 on Howard Zwart’s film The Mortal Instruments: City of Bones