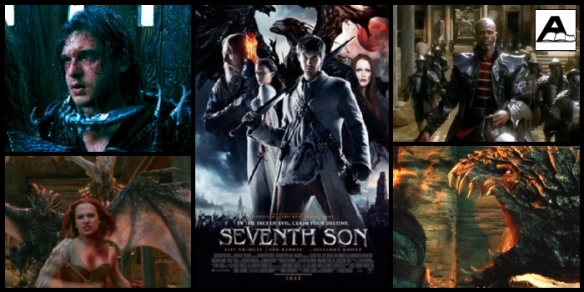 Book readers and non-readers alike were unimpressed by the film Seventh Son, based on Joseph Delaney’s The Last Apprentice series. This one is going down in Adaptation history as one of our least favorite, and a gigantic missed opportunity for what could have been a great movie series.

For a similar discussions, check out our episodes on The Hobbit: Battle of the Five Armies, I, Frankenstein, The Curse of the Midas Box, Abraham Lincoln: Vampire Hunter and Hansel and Gretel: Witch Hunters.

END_OF_DOCUMENT_TOKEN_TO_BE_REPLACED 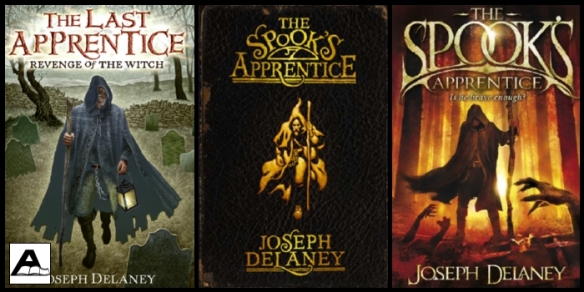 This week our hosts have read The Last Apprentice: Revenge of the Witch by Joseph Delaney (or The Wardstone Chronicles: The Spook’s Apprentice for the UK, still by Joseph Delaney). They are pretty amused by the main character’s inability to do as he’s told and considerably less amused by the Spook’s generalizations about women. But over all, they are ready to continue on with this series and to see how the filmmakers will interpret it in the upcoming Seventh Son.

For a similar discussions, check out our episodes on The Hobbit, The Maze Runner, The Giver, and Mariah Mundi: The Midas Box.

END_OF_DOCUMENT_TOKEN_TO_BE_REPLACED

If you were waiting for an early or even late 2014 release of Seventh Son, I have bad news for you… even worse if you’ve been waiting since the original February 2013 release date.

For the Nth time, the release date for this film has been pushed. Its release date is now set for Feb 6, 2015. Hopefully, when that date rolls around we won’t hear of another push.

As some of you know, from the podcasts, I am a huge fan of Jeff Bridges. I was anticipating RIPD for 2+ years and similarly with this one, I am frustrated with the delays. So I decided to do some digging.

An 18th century adventure story centered on young Thomas, who is apprenticed to the local Spook to learn to fight evil spirits. His first great challenge comes when the powerful Mother Malkin escapes her confinement while the Spook is away. – IMDB

It is an adaptation of a young ddult novel The Spook’s Apprentice (The Last Apprentice: Revenge of the Witch in the USA) by Joseph Delaney. The first story in the series The Wardstone Chronicles.

The cast is full of goodies: Ben Barnes as the Apprentice, Jeff Bridges as the Master, Julianne Moore as Mother Malkin, and a supporting cast of Kit Harington (Jon Snow from Game of Thrones), Antje Taue (Faora-Ul in Man of Steel, and Nadia in Pandorun), and Olivia Williams (DeWitt from Dollhouse, and Countess Vronsky in Anna Karenina).

So why does it keep getting pushed?