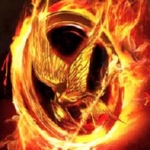 No sooner had we posted the last Catching Fire casting update than it was discovered that, not only was Mia Wasikowska never considering the role of Johanna, but she would not be able to due to previous commitments. Do not fret my little fans; this is not the only rumor that has surfaced in the last few hours.

ole of the fierce Johanna. Malone’s most recent work that shows that she can bring on the bad ass, is her character Rocket in the 2011 film Sucker Punch. So do we think that this girl could play the fierce Johanna? I think so, she has the wits about her to play the complex character that acted weak in her first Hunger Games in order to catch her opponents off guard, and then kill with more than confident hand. So what do you guys say? Think Malone’s got what it takes?

In another rumor, Romeo (Formerly Lil’ Romeo) has said he discussed the possibility that he might have a role in the film. No talk of a specific role (according to him Lionsgate would kill him if he said anything specific), but just a general interest meeting with the production company. On that interesting note, who do you think he could play? What about the wire toting Beetee? Or perhaps someone else?

For more information checkout the articles:

For more Hunger Games discussion, check out Adaptation episodes #6 (on the book) and #7 (on the movie).

2 thoughts on “UPDATE: Axe Toting Tree from District 7, Who Will it Be? Catching Fire Casting Scoop #3”