Lots  of differing opinions fly in our discussion of It (2017). We compare it to the 1990 miniseries, work through frustration about the different characters’ fears,  and figure out who the jumpy hosts are.

END_OF_DOCUMENT_TOKEN_TO_BE_REPLACED 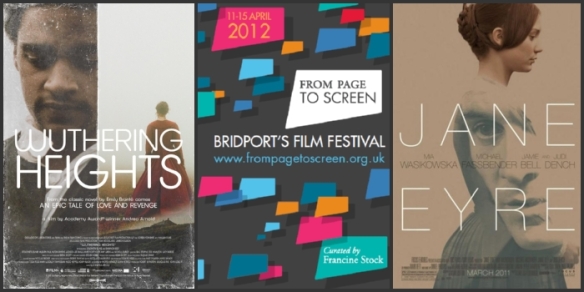 Finally the second part of the interviews that Kendyl did at the 2012 From Page To Screen festival are out! Olivia Hetreed talks about her work on Wuthering Heights (2011), an adaptation of the Emily Bronte novel and distilling the screenplay down to the very basic relationship in the story. Moira Buffini, screenwriter for Jane Eyre (2011) talks about the baggage that comes with the original Charlotte Bronte novel and the hosts discuss its feminist implications… and the dislike the Bronte’s had for Jane Austen.

Check out Adaptation Mini #1 for interviews with Corinna Wagner and Simon Beaufoy!

A special thanks to everyone at From Page to Screen for making these interviews possible!