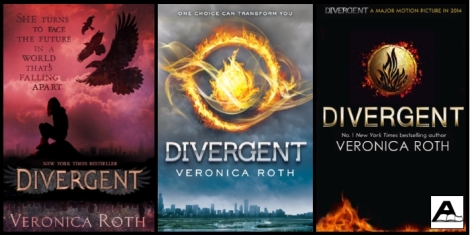 The team’s discussion of Divergent by Veronica Roth stays focused on the details of this futuristic Chicago and how each of the factions function within it. Then, in their character discussion, one host reveals her disappointment in how a certain arc ended. They also have a little crossover fun in trying to match the factions to the Hogwarts houses.

What did you think of Divergent? Leave all your thoughts and movie predictions in the comments! And please leave out any Insurgent/Allegiant spoilers!

EDIT: Our episode on the film Divergent is now available here!

For similar adaptations, check out our episodes on  The Hunger Games, Catching Fire, The Mortal Instruments and Beautiful Creatures.

Music: On the Verge of Something Beautiful by Iron & Wine

-Sequel to 2011 film; Based on the Muppet franchise

-First in the trilogy, followed by Insurgent and Allegiant

Next episode: #79 on And Then There Were None by Agatha Christie

Previous episode: #77 on Winter’s Tale, the novel by Mark Helprin and the 2014 film

One response to “Adaptation #78: The Divergent Sorting Hat”