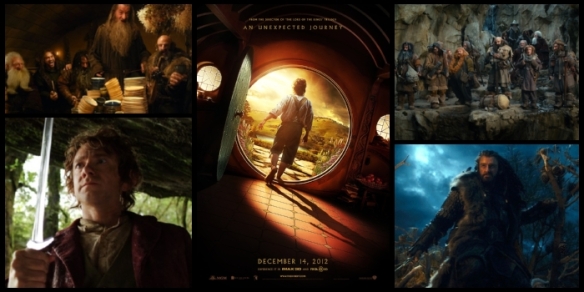 The team talks the first installment of Peter Jackson’s The Hobbit, how it fits into the Lord of the Rings saga and how faithfully it represents the novel by JRR Tolkien.

Music: The Hobbit Rap by Mockstars

The Hobbit Trilogy: An Unexpected Journey

-Based on the novel by JRR Tolkien, covered on episode #26

Stay tuned for episode #30 on Ang Lee’s Life of Pi!

4 thoughts on “Adaptation #29: Toners for Dwarves”