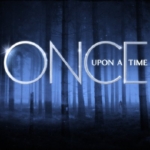 It’s common knowledge that ABC’s Once Upon a Time has been brought to us from the producers of Lost. And while some may delightedly bemoan the fact, knowing that the collaborative powers of Adam Horowitz and Edward Kitsis bring sleeplessness and anxiety with every complex plot twist and cliffhanger ending, there have also been some definite perks. Not the least of which has been the former Lost cast members that have found their new home in Fairy Tale Land. We have already seen Alan Dale as King George, and the show’s very own fairy tale Beauty Emilie de Ravin was recently promoted to series regular for second season.

Though we do not have definitive confirmation yet, TV Guide has reported that the show’s creators are also hoping to find a part for Jorge Garcia, who was Hugo “Hurley” Reyes in the former drama. The real question is: which character will he play? Will he be a villain or a hero? A Disney face or more obscure? Speculation has been flying, and thus far the guesses have included characters such as Humpty-Dumpty, Tweedle-Dee & Tweedle Dum, Quasimodo, Little John, Stromboli (from Pinocchio), Mr. Smee, and more. So what do you think?

In addition to this tidbit of news, the OUAT writers also revealed three new characters who will be introduced in Season 2: Aladdin and Jafar, the villainous Royal Vizier of Agrabah, from Aladdin, as well as The Little Mermaid’s redheaded heroine, Ariel.

Well, that last character is even better news for Garcia! Regardless of who he ends up playing, there’s not much chance of him getting lost and stranded on another island with a mermaid in their midst, is there?