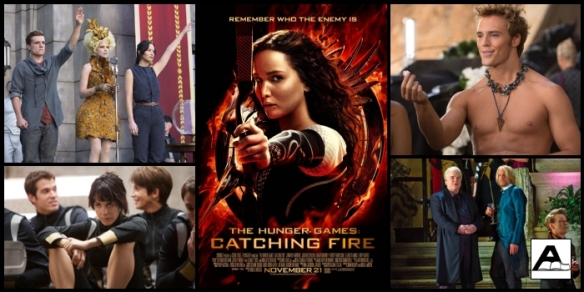 The hosts are pretty happy with Francis Lawrence’s film The Hunger Games: Catching Fire, discussing the additions to the cast, the accuracy to Suzanne Collins’ novel and some of the missing pieces that will hopefully show up in the next two installments.

For similar adaptations, check out our episodes on Ender’s Game, The Book Thief, City of Bones, Percy Jackson,  and The Host.

Music: Shooting Arrows at the Sky by Santigold

Mandela: The Long Walk to Freedom

-based on Mandela’s autobiography

-Based on the book by Suzanne Collins, covered on episode #66

Next episode: #70 on Disney’s film Frozen