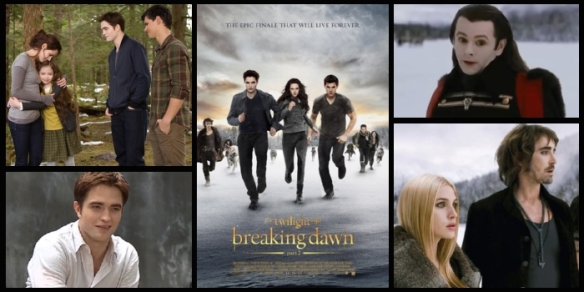 The Twilight Saga is over (finally)! The hosts discuss the last film in the series, Breaking Dawn Part 2, getting a little over excited about their favorite parts, the twisty ending and the differences between the film and the book.

Rise of the Guardians

-Based on the book series by William Joyce

-Based on the novel by Yann Martel

-Release: November 21 in US, no current UK

-Release: November 21 in US and UK

-Based on novel by Matthew Quick

-Released November 17th in US and UK

-Based on Stephenie Meyer’s novel from 2008

–How Twilight Should Have Ended

Stay tuned for episode #26 on JRR Tolkien’s The Hobbit!