My prayers have been answered.  My dreams are coming true.  How many different ways can I express my utter delight at this information?

There is going to be a reboot of the much-beloved Sailor Moon anime, which originally aired in the early 1990s.  (Insert high-pitched girly scream here). 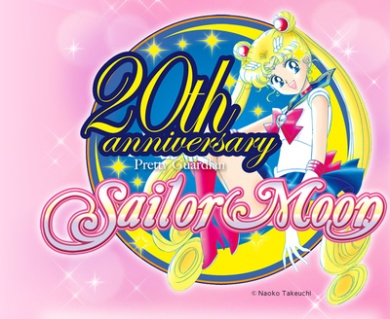 Sailor Moon-creator Naomi Takeuchi made the official announcement at a 20th anniversary celebration of the show on July 6th, and I’m pretty sure my inner child has been fangirling about it ever since.  Due to release the summer of 2013 in a simultaneous worldwide premiere, this new series will again be featuring the amazing songs of the hit group Modoiro Clover Z, who provided the theme music for the original anime.

Excuse me for a moment while I hyperventilate…Okay…I’m good now.

This news, while obviously bringing undeniable pleasure to Sailor Moon fans everywhere, also raises scores of questions.  For example: When they say ‘reboot’, are they essentially modernizing the show?  Will it have the same plotlines, the same characters?  Will it start from the beginning, where Sailor Moon finds out who she is, or will it pick up after the Stars season?  Will they use the English or Japanese names?  The anime or manga plotlines?

The questions are endless.

And I don’t think I’m the only one who feels that next summer can’t come fast enough.  Until then, I will be scouring the rumor mills for every additional nugget of information on the subject, and I invite you to join me in my obsessive venture.  Or better yet, catch up on the original anime in preparation—I know I will!