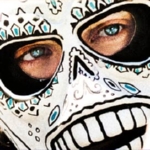 On July 6 in the US and September 28 in the UK, Oliver Stone’s new film Savages will be released in theaters. It’s based on Don Winslow’s 2010 novel with the same name that details the conflict that three 20-somethings have when a drug cartel attempts to buy out their small family marijuana business.

With a screenplay written by the combination of the Winslow, Stone and Shane Salerno, the film has a cast that mixes young Hollywood with acting veterans including Blake Lively, Taylor Kitsch, Aaron Johnson, John Travolta, Benecio Del Toro and Selma Hayak. Several featurette’s are available to watch on the film’s YouTube channel, but here’s my favorite. It’s called ‘I’m a Savage.’

Adaptation co-host Ryan Smith and I were able to see the film at an advanced screening in April. While it’s very possible that they’ve made some changes since then, I feel pretty confident in saying that the footage that’s been released so far is a true representation of the film. It is definitely violent, but in a way that’s truthful, necessary and leaves you emotionally drained at the end. It will be interesting to see if they changed the ending of the film at all though, because that was the part that we both thought should have been done differently (and that’s all I’m going to say until it’s been released).

Has anyone read the novel? What do you hope to get out of the film?

Leave your answers in the comments!

2 thoughts on “Oliver Stone’s ‘Savages’ in Theaters Next Week”