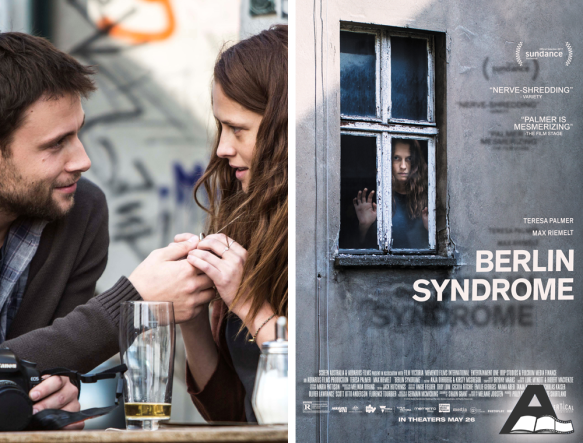 Kendyl interviews director Cate Shortland about her newest film, Berlin Syndrome (2017) based on the book by Melanie Joosten, about a photographer on a trip to Berlin who is held hostage after a one-night stand.

Cate Shortland has a BA in Fine Arts from Sydney University and a Graduate Diploma in Directing from the Australian Film Television and Radio School. She wrote and directed award winning short films Pentuphouse (1998), Flower Girl (2000) and Joy (2000). Cate wrote and directed her feature debut Somersault, which premiered in the Un Certain Regard section of Cannes in 2004 and went on to win numerous international awards. She co-write and directed her second feature, Lore, based on the book The Dark Room by Rachel Seiffert, which premiered In Competition at the Sydney Film Festival in 2012 and went on to screen at festivals internationally winning many awards. Cate’s third feature Berlin Syndrome is based on the book by Melanie Joosten and will be released in 2016.

Cate has directed for a number of television series including The Secret Life of Us and The Silence. Cate adapted Rosie from Christos Tsiolkas’ novel The Slap for ABC TV (Australia), which was nominated for a BAFTA and Emmy Award and won an AWGIE in 2012 for best adapted miniseries. Cate’s other TV miniseries writing credits include The Devil’s Playground and Deadline Gallipoli for Matchbox Pictures and miniseries The Kettering Incident for Porchlight Films.

While holidaying in Berlin, Australian photographer, Clare (Teresa Palmer), meets Andi (Max Riemelt), a charismatic local man and there is an instant attraction between them. A night of passion ensues. But what initially appears to be the start of a romance, takes an unexpected and sinister turn when Clare wakes the following morning to discover Andi has left for work and locked her in his apartment. An easy mistake to make, of course, except Andi has no intention of letting her go again. Ever.