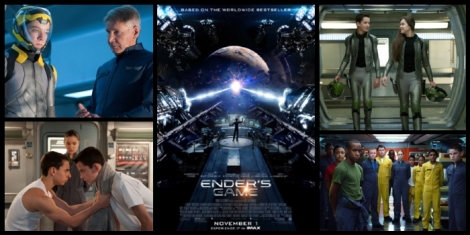 As a follow up to our discussion of the novel, episode #67 focuses on Gavin Hood’s film adaptation Ender’s Game. Starting with a discussion on Graff versus Dumbledore, the hosts discuss how the film comes across both to people who are familiar with the source material and to those who are not.

Also, check out our episode on the novel by Orson Scott Card!

For similar adaptations, check out our episodes on RIPD, Percy Jackson: Sea of Monsters, Star Trek Into Darkness, The Host, and Total Recall.

-Based on the second novel in the series by Suzanne Collins, covered on episode #66

-Based on the 2011 French-Canadian film Starbuck, with same writer/director, Ken Scott

Tumblr Discussion: Graff is the Dumbledore of Ender’s Game

-Based on the novel by Orson Scott Card, covered on episode #63: Lord of the Buggers

Next episode: #68 on Alan Taylor’s film Thor: The Dark World

The Witches by Roald Dahl