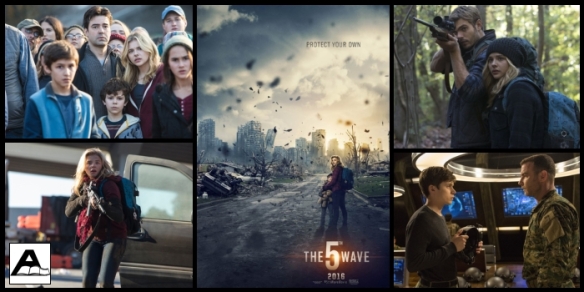 The Adaptation hosts aren’t in total agreement about the film The 5th Wave (2016); some enjoyed the film and others didn’t, but one thing that they do agree on is flannel and beards are in.

Check out our episode on the novel by Rick Yancey!

For similar discussions, check out our episodes on Mockingjay, The Scorch Trials, The Host, and Insurgent.

-Based on the characters from Egyptian mythology

-Based on the novel by Rick Yancey, covered on episode #149

Next episode: Pride and Prejudice and Zombies, novel by Seth Grahame-Smith and 2016 film